What employment contracts can make your business more successful

Lately the State Fiscal Service has been persistently monitoring the hiring circumstances of employees at enterprises of various industries.

Thus, in January-June 2019, 42.7% of audited business entities were found guilty of violations in the payment of salaries and other remuneration. As a result of the inspections, these companies were charged an additional UAH 471.7 million of individual income tax, UAH 146.1 million of single social fee and UAH 35.4 million of military fee.

Employers today are often complaining about high employee turnover as well as their low productivity, irresponsibility and unwillingness to work. Developed countries found a way to deal with such things long ago, by organizing work in a manner as to be able to evaluate any employee's performance at any time. Poor work organization results in situations when employer and employee understand the work process, tasks and objectives differently, which makes any instance of quality work a happy accident. So what can Ukrainian employers do to improve performance of their workforce?

Many employers use tools not provided for in the Labor Code in their relations with employees.

In essence, there is a "doubling" of human resources work. On the one hand, there are HR departments that manage personnel records and draw up hiring orders, trying to act within the boundaries of the Labor Code, and on the other hand, there can be separate HRs or whole HR departments guided by modern People Management principles – and their approaches often either differ or even conflict with the company’s goals.

Shadow employment is popular not just because it can help save money on taxes (with a part of the salary being paid legally and the rest given away in envelopes). Wage manipulation happens due to the lack of an effective system of incentives and liability for employees in legislation. As a result, an unofficial penalty system is used for this. It’s easier to recover losses from the unofficial part of salary, which can be withheld as a means to force the employee to adhere to internal regulations.

Such labor relations are seldom productive. They lead to distrust, mutual insults and fear, which negatively affects the performance of employees. There was a saying in the USSR: "The state pretends to pay and the workers pretend to work." That’s how theft begins in offices and workshops, with people lacking motivation to put effort into their work and their turnover inevitably rising.

How to set up an effective HR system?

The root cause of the problem can only be solved by overhauling labor legislation, by making it simpler and less restrictive. However, there are things that can be done right now.

If employers know what exactly they want from their employees and are able to to establish KPIs for them, there are simple and effective ways to address the problem within the existing legal field.

It’s an important step towards organizing an effective work process within your company. Employers often simply issue a hiring order, not bothering to explain their expectations or set tasks for the employee. Job descriptions are often superficial and do not reflect the actual functions and processes that the person has to deal with. HR managers are accustomed to formalizing the hiring with an application from the employee and a hiring order from the employer, while the law considers a written employment contract as the main instrument in this regard (Article 24 of the Labor Code), since it makes it possible to specify in detail all the conditions of hiring, such as duties, rules of conduct, tasks, functions, KPIs, guidelines on what to do during working hours, etc.

Labor Code’s rules and regulations provide minimum guarantees that may not be reduced in a contract, not that employers would want to do it anyway, as they would be risking fines in the event of inspections by the State Labor Service. Business owners know their companies better than Parliament members. The more detailed you are when describing in a contract what you expect from your employees, the easier you’ll find it to get desired results from them, provided that you make good on your own commitments.

What type of employment contract to choose?

Written employment contracts accompanied by proper job descriptions will reduce the risk of misunderstanding among employees of expectations placed on them.

This will make it possible to explain to them at any moment what they are doing wrong, what they should be doing and what the consequences are for failed KPIs. No results – no bonus. Try to specify the employee’s actual responsibilities, functions and KPIs in the contract.

When preparing an employment contract, the director and the HR manager should do the following:

It’s also necessary to determine what type of employment contract is appropriate for particular categories of employees.

Mass production. If your company employs over a hundred people doing the same job, there is no point in preparing complex personalized contracts for each employee. It’s best to go with collective employment contracts and detailed job descriptions here. This will help clarify to the majority of  employees their duties, the guidelines on how to perform those duties as well as other aspects of work. Collective contracts and internal work regulations can be used to establish a system of incentives and penalties for employees.

Personalized approach. If your business requires an individual approach to each employee’s tasks and functions, a collective employment contract will be just a basic set of rules. It can be used for specifying general aspects, such as salaries, use of work time and breaks, work safety, etc. As for more employee-specific issues that concern employees’ tasks, functions, performance indicators, measures, scope of responsibility and incentives, it’s better to establish this in a detailed personal employment contract with each employee separately.

In practice, there are plenty of ways to encourage people to work harder: team building, gamification, corporate events, bonuses, etc. When employees become your partners and are willing to make every effort, it’s quite doable to incentivize them using the tools offered by the Labor Code. You can establish personalized motivation systems in a written employment contract. Break down the wages, establish the salary as a permanent part, determine a list and sums of bonuses and other monetary incentives and link them to particular KPIs. If they are up to the task, they get a bonus. This doesn’t even require penalties – not getting a bonus is just as painful as paying a fine, but in the former case everything is fair and transparent, while the latter scenario is risky and invites sanctions from the State Labor Service.

Executive positions. It’s highly advisable to sign contracts with senior managers. An employment contract is a written fixed-term agreement that allows you to personalize the terms of employment as much as possible, establishing greater mutual responsibilities of the parties as well as additional grounds for the contract’s application. Its scope, however, is limited by law.

Nevertheless, employment contracts will suit only a limited number of professions. A contract with unjustified provisions will not protect employers, because courts will declare invalid any terms that are unfavorable to employees compared to law-established ones (under Article 9 of the Labor Code). It’s also likely that the courts will reinstate a fired employee at work under such circumstances.

Complex written employment contracts and agreements are still more often used by foreign companies and their subsidiaries operating in Ukraine. The rest usually opt for the less legal way, paying everyone minimum wage with cash incentives on top of that. However, sooner or later this practice will come to an end, as labor market trends show. People are either choosing more honest employers or leaving the country altogether. 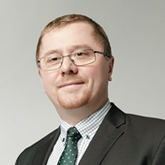