ILF tax consultant Olena Kalinina along with ILF associate partner on labor and tax law Serhiy Silchenko represented a large heavy metals dealer at three levels of jurisdiction in a dispute with the State Fiscal Service.

In January of the previous year, after an unscheduled inspection tax authorities decided to increase the company’s VAT tax by more than UAH 2 million. As grounds for this, they named allegedly fictitious transactions the client had with its subsidiary company.

ILF filed administrative complaints against the decision, first with the regional office and then with the central office of SFS. After both complaints were rejected, the lawyers went to court.

Legal practice on such disputes compounded to the difficulty of the case and was actively used by fiscal authorities as evidence. SFS attempted to prove that ILF’s client never acquired any goods from its counterparty. The only thing to substantiate such a claim was the lack of evidence of shipping, certificates of quality, and business goals for purchasing the goods.

Due to ILF’s collected evidence and sound defense strategy, the court ruled in favor of ILF’s client. The court carefully examined the company’s evidence that corroborated the purchase of goods, their reception by the buyer and subsequent use in business activities, declaring the claims of fiscal authorities ungrounded and restoring the company’s rights for budget compensation on VAT. Courts of three levels of jurisdiction confirmed that the business activities in question were, in fact, real. 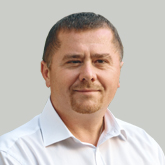