Banksy, Hamlet and street art. How to protect your mural

Modern art is everywhere these days. When going out in the morning, you can easily stumble on a graffiti of a gorilla in a pink mask painted on the walls, which could simply turn out to be a creation of some unrecognized genius from next door - or Banksy himself.

In 2018, the world was amazed by the audacity of anonymous English artist Banksy, when his Balloon Girl work, sold for a million pounds, self-destructed right in front of people’s eyes during the Sotheby's auction due to a shredder built into the frame. However, it is not by his paintings, but rather his murals, that the artist became infamous all over the globe - murals dedicated to important social issues. The Gorilla in a Pink Mask he graciously gave to the city of Bristol as a gift, even though the beneficiary failed to appreciate it and had it painted over. Later the city apologized though and restored the masterpiece. Another famous mural, the Well Hung Lover, got the Bristol residents’ hearty approval, although some vandals spoiled the work with blue paint. In Paris, Banksy's work dedicated to the victims of the 2015 terrorist attack painted on a fire door was stolen. The thieves carried it away with the door.

Living in a house marked by the great Banksy is not to everyone’s liking. Some of his works get recognized as cultural heritage, which makes such a building a pain to sell. Thus, the owners often practically beg to have the art taken away. This resulted in a whole exhibition of “Banksy’s stolen works” - with pieces of walls from around the world.

In Ukraine, residents of a street where another famous street artist, Hamlet Zinkovsky, left his mural, decided not to wait for a “Hamlet’s stolen works” exhibition. They simply had the mural painted over, causing a storm that hit that very wall as well as social networks. Nevertheless, in the end no one got punished for vandalism. Were they even supposed to?

Is it possible to protect your mural from vandals? What can artists do if their work gets destroyed? What about the residents of buildings that serve as a canvas - do they have the right to have the drawing painted over, and can a drawing like that affect the sale of real estate?

Ukraine has no special law on murals, but there is a law On Copyright and Related Rights that protects the rights of authors associated with the creation and use of works of literature, science and art.

To be a “work of art” and enjoy copyright protection, a mural must meet two criteria:

Murals usually pass this two-step test, which means they are protected by copyright. This gives creators the right to use their work and allow/forbid others to do so, the right to call themselves the author, etc. Based on this, two forms of copyright infringement can be distinguished for murals:

That’s where it gets complicated, since the mural (drawing) belongs to one person while the wall belongs to someone else. There are, however, mechanisms for these situations, formed in the course of litigation between the artists and wall owners.

So, authors always have the right to:

A few years ago, cultural center Mystetsky Arsenal (Art Arsenal) commissioned a mural inside its building. The artist was unable to complete the painting by the appointed date and since the center did not want to show guests unfinished work, it simply had the whole thing painted over. The artist felt that it was a violation of his rights as the copyright holder and demanded pecuniary and non-pecuniary damages from the center through court.

According to ILF lawyer Arsen Buchkovsky, “a mural does not deprive the owner of the rights to the wall on which it is drawn. He can still do with it whatever he wants: destroy it, repaint it, sell it, etc. Ukrainian courts consider murals an integral part of the wall. Thus, so far the only right that copyright holders have in Ukraine is to make their mural’s copy." In this case, the Mystetsky Arsenal failed to extend such a proposal to the author before having the work painted over. At the same time, the artist had already taken a lot of pictures of the mural previously and the work had not changed in the time between the most recent photo and its destruction. On the other hand, the artist was never offered the opportunity to make a copy immediately before the destruction. The court decided against mulling over these nuances and simply ordered the cultural center to pay the artist UAH 1,000. Technically the artist prevailed, but a mere UAH 1000 is not much. However, this does demonstrate that mural copyright can be protected in our country.

The use of murals is not regulated by law. In order to unambiguously determine the relationship between the owner and the artist, it is best for them to sign a contract.

Lots of artists hired by owners to create large murals opt for this. However, even if an “unauthorized” mural one day appears on the wall, the owner should keep in mind that although the mural was created without permission, the copyright arises anyway. That is, if the artist is caught red-handed, he may be punished for hooliganism or for vandalism, he may face liability for spoiling someone else's property, but his rights to the mural will be a factor anyway, with all that it brings.

Local councils in some Ukrainian cities adopt their own regulations on murals, with lots of different rules. However, as Arsen Buchkovsky says, “they all have this in common: legal relations arise between the owner and the author. There are no third parties involved, nor can there be. That is, the owner can have the mural on the house that belongs to him painted over. Of course, he should ideally offer the artist to have it copied first and, if possible, separate the "canvas", selling it at the price of materials, but if the residents of some neighboring house happen to dislike the mural, they have no right to tamper with it. Under no circumstances."

So, to protect their murals, artists should decide how they are going to create them. If you want to do it legally, sign an agreement with the wall’s owner and make it clear who may do what with the mural and what the procedures for using the mural (for instance, additional drawings, selling, destruction, etc.) are going to be.

However, vandal artists that don’t have the owners’ consent also have ways of protecting their work from destruction. You still get the right to the last copy and the ban on unauthorized use of your creations. All this is possible under one condition: the building’s owner must know who you are or where to find you. Contact them any way you want: by meeting in person, via regular or e-mail, or in some other way - and give them your contact information. You can also sign your works - with a real name or an alias. In other words, it is the artists’ job to make sure that they are known and can be reached if necessary. 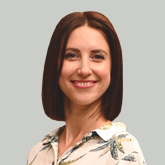 Building the partner network in Ukraine and abroad 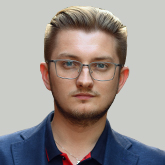