How it used to be

Current legislation contains no mechanisms to make the votes of minority shareholders matter in decision making. A majority owner of, say, 80% can serve as a one man general meeting and make decisions at his own discretion.

However, it is possible to put provisions in the charter concerning the appointment or dismissal of CEO and other top executives that would indirectly compel majority owners to discuss matters with minority shareholders. To be specific, it’s about increasing the quorum. For instance, 3 participants with 80%, 10% and 10% shares raise the quorum for making decisions regarding the CEO’s appointment to 90%. In this case, the presence of the majority owner and one of the minority ones is required – otherwise the decision will be stalled. On the other hand, this mechanism has a significant drawback: if the quorum is reached, the majority shareholder will still be able to decide as he wants, without taking into account the opinion of the minority shareholder.

How it’s going be

After the LLC law comes into force, minority shareholders will have more options to help protect their interests.

The LLC law excludes the concept of "quorum" in the work of the general meeting altogether. Right now its authority is determined by quorum – the minimum number of the votes of participants present at the general meeting. After the entry into force of the law, the authority of this management body will depend on whether the number of votes is deemed sufficient by the law or the charter.

3. Protection of minority shareholders through a corporate contract (Art. 7). It is possible to put a provision in such a contract that would make one of the shareholders with, say, a 20% share responsible for nominating a candidate, while the majority participant, in turn, will have to support that candidate. 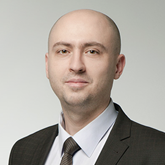