How one law resuscitates public-private partnership

On October 3, the Parliament adopted the Law On Concession, which, among other things, is supposed to improve legal regulation of concession activities and bring legislation on concession in line with that on public-private partnership (PPP).

Over all the years of independence, Ukraine has not had a single large-scale project where a private investor invested in the development of infrastructure under concession. Concession is an agreement on the transfer of property of enterprises and other objects belonging to the state or territorial communities for temporary use by private investors, subject to mandatory investment in these objects.

This is a mutually beneficial and quite common type of partnership at the global level. For example, in Turkey, the state involves private entrepreneurs in the development of medical infrastructure: the state gets modern hospitals and the investor (concessionaire) gets preemptive rights to provide appropriate services in these hospitals. Roads, airports, educational institutions, etc. are built this way all over the world. In Ukraine, on the other hand, this practice used to be impossible due to the imperfect, outdated and inconsistent legislation on concession and public-private partnerships. However, there is reason to hope that the new law On Concession will change the situation for the better.

Until now, relations in the PPP field had been regulated by four laws. Now this is one document that, in addition to the general rules, also determines the terms of concession for certain objects that used to be regulated by separate laws (such as concession for road construction). Concession is defined not just as am agreement, but also as a form of public-private partnership, under which the state transfers to the investor the rights for:

All this is done according to the terms and procedures determined in the concession agreement, also allowing for the shift of most operational risks, which cover the demand and supply risks, to the concessionaire.

The new law also addresses one of the main problems that have been in the way of PPP projects - the ambiguity and inconsistency of the procedures used to start such a partnership. Thus, the law on PPP, recognizing the concession as one of the forms of PPP, had its own procedures for initiating partnerships, holding bids for the selection of the private partner as well as for other organizational issues, while the 1999 law on concession contained different procedures for initiating a concession and selecting a concessionaire. Thus, these processes were too convoluted for the investors; they lacked clearly defined rules – now, who would want to start a business like this?

They can now be selected through bids or competitive dialogue, with their procedures being in line with best international practices (in particular, with the UNCITRAL Model Legislative Provisions on Privately Financed Infrastructure Projects). Also, when entering into a concession agreement with a leaseholder of state property, it can be done through direct negotiations with them.

Concession agreements now cannot be concluded for the following areas of activity:

At the same time, the list of areas for which concession agreements are possible have been supplemented with the field of socially important services, that is, services aimed at satisfying society’s interests and needs, which is usually done by state authorities, local authorities or state and municipal enterprises, institutions, organizations and business entities whose economic activities are primarily influenced by the state, territorial communities or the Autonomous Republic of Crimea.

Now we also have an updated and expanded list of public partners that are able to enter into concession agreements involving state property. These are government bodies that manage state property under the Law On Management of State Property, the Cabinet of Ministers of Ukraine or a body authorized by it, or – by decision of the Cabinet of Ministers – the National Academy of Sciences of Ukraine and specialized academies of sciences.

In addition, the law also allows the state partner to be represented by several entities at once: it can be several government bodies and/or local governments, the National Academy of Sciences of Ukraine and specialized academies of sciences.

Also, the participants of concession relations are no longer limited to the grantor, the concessionaire and the applicant, as was the case with the old legislation; this circle now also includes users (those using the concession object), lenders (financial institutions and international financial organizations that have provided or intend to provide a loan for funding, or that have issued a guarantee for the concessionaire regarding his fulfillment of obligations under the concession agreement), independent experts and consultants.

The new law On Concession also contains a number of other provisions that protect PPP participants and have a positive effect on the growth of this field. These include:

The law is not without contradictions. For example, the law classifies as grantors state enterprises, institutions, organizations and business entities, 100% of the authorized capital of which belongs to the state or another business entity, 100% of whose authorized capital belongs to the state. This directly contradicts the definition of the participants of public-private partnerships given in Article 1 of the PPP Law.

No less surprising is the exclusion of sole proprietors from the list of potential concessionaires. The law only provides for concessionaires that are legal entities – residents of Ukraine.

On the document’s general usefulness

Nevertheless, this law as a whole is definitely a needed and sensible step in the country’s development. The new law was developed on the basis of and in accordance with EU law. It takes into account best international practices related to concession-based projects. It brings Ukrainian concession legislation in line with PPP legislation and introduces appropriate amendments to a number of legislative acts in order to bring them in line with the provisions of the law and remove barriers to the implementation of concession projects. 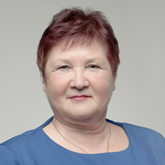