How to buy an IT company. ILF lawyers talk scenarios and risks of such deals

Mergers and acquisitions in the Ukrainian IT sector are rarely public. Because of this, it may seem to many that the market is dead and that you can only buy or sell a company abroad. This is not the case: although it’s not particularly frequent, companies are still bought and sold in Ukraine. You can go about such a deal in several ways.

Thus, an IT company – one of ILF’s clients – had long been a monopolist in the development and sale of analytics and CRM systems. The company was founded a long time ago and managed to capture entire market segments. However, over time competitors started to appear. Smaller companies were taking advantage of their speed and adaptability, developing their products faster and adding new functionality.

After assessing the situation, our client decided to strengthen their position by buying several competitors and integrating their functionality into their own products.

The nuance of buying software developing companies is that you’re not buying the assets, but rather the team and intellectual property.

The difficulty in acquiring a team is that IT companies often operate as hubs or integrators that buy services from sole proprietors (FLPs) and create a specific technical product. Such FLPs are much more mobile than regular employees, and in the case of bad communication during a change of the owner, the buyer could quickly lose all advantages in the market.

In addition, such companies rarely work as a single entity that concentrates intellectual property rights in one place. As a result, prior to acquisition, a company could have a multitude of legal entities and individuals with a bunch of rights to snippets of code. Under these conditions, it’s  very important to conduct a thorough audit and restructuring of intellectual property rights in order to determine what exactly you are buying and who owns it.

There are several options for acquiring such companies:

It took ILF lawyers almost six months to close the deal from the above example, during which they:

The deal allowed our client to avoid 3 significant risks: 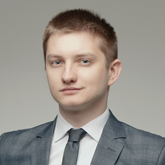