Video recordings of surgeries. How can patients protect themselves on the operating table

Surgeons in Kremenchug forgot a huge gauze napkin in a woman’s abdomen; doctors left 4 meters of medical bandages in a person’s body in Vinnytsia Oblast; and in Odessa Oblast, gauze napkins with blackened threads were found inside a child during one of the operations.

All things considered, Ukraine’s surgeons are quite good. Yet, unfortunately, stories like the ones above are a dime a dozen.

When you are lying on the operating table, naked and helpless, dreading that surgeons will cut off or leave something they should not, you can only hope that someone is watching over you from high above. After all, there’s no one else that could help you at this time.

A patient lying on the operating table seemingly has no rights: neither he nor his family knows what the surgeons are doing. Only the surgeon performing the operation sees the whole picture. Patients might detect an error quickly or after a long time. Proving such errors is difficult, a trial could take more than a year, while unauthorized persons are not allowed into the operating room and taking a look at the operation is not possible.

The idea to record a video of the operation seems obvious – either with the help of a third party or a device mounted above the operating table. The question is, does Ukrainian legislation allow this? Let's figure it out.

Running ahead – yes, you can do it under Ukrainian law.

But – the doctor does not have to consent to it.

So what should we do? We should choose a surgeon that does agree to it. After all, it’s also a way for a good surgeon to protect himself. If, God forbid, the patient gets cut in the wrong places somewhere else, the first team of surgeons will be able to prove their innocence.

Shall we go on?

"When boarding a plane, we a priori trust the pilots and do not doubt their qualifications. However, planes have black boxes, which impartially record everything that happens on board," recalls the professor. "Stepping over (or rather being brought over) the red line of the operating room, patients remain alone with the surgeons. So both patients and doctors have been pondering the idea of black boxes for quite a while, because knowing the reasons will allow us to find ways of preventing new mistakes."

Ukrainian law does not regulate video recordings, but neither does it forbid it. And what our legal system does not expressly forbid is allowed.

The right to receive all information on the state of one’s health and to have access to all relevant medical documents is enshrined in Ukraine’s Constitution, Civil Code, Fundamentals of Healthcare Legislation and other legal acts.

It follows from this that a person’s right to record the operation he or she is undergoing under anesthesia is one of the instances of "all information".

Some private clinics in Europe, United States and Israel record operations performed using general anesthesia. It is an indicator of a clinic’s professionalism if it is unafraid to record the actions of its surgeons.

You can find a lot of recordings of Ukrainian doctors' operations on YouTube. It’s mostly PR from plastic surgeons promoting their trade. This is yet another proof that it is all right to record surgeries. The main issue here is the willingness of the doctor and clinic.

Recordings of operations are used in the training of future doctors and are showed to potential patients to let them see what exactly awaits them during an operation.

Some private clinics in Ukraine also allow recording of operations (e.g. Harmony and Adonis). This issue is decided between the patient and the clinic during the conclusion of the contract on the provision of medical services. It specifies the terms of recordings: patients provide their consent and allow or forbid distribution of recordings.

In public and municipal hospitals, this issue is up to the administrator, who can either allow or forbid recording an operation.

According to a surgeon from one of Kiev’s municipal hospitals, it is possible to get permission from the administrator to record a laparoscopic operation. It is an operation during which manipulations are performed through a small (about 10-15 mm) hole in the abdominal cavity using special tools. The process can be recorded with the help of a laparoscope equipped with a recording device able to save video to disk. This could an operation for removing the gallbladder, ovarian cysts, appendicitis, inguinal or umbilical hernia, gynecological operations, etc. All there is to worry about is whether the recording function will work properly, since many hospitals have old equipment.

Permission for recording other types of operations depends on how modern the administrator’s outlook is, and how persistent and persuasive the patients and their families are.

You should keep in mind that doctors could take your request to record the operation as a sign of distrust and doubt in their competence. As a result, they might refuse to perform the operation. They have the right too – in accordance with Article 307 of the Civil Code, the consent of both the patient and the doctor is required for recording. If this happens, you might want to consider choosing another surgeon – one who does not doubt his abilities.

Who can do it and with what

Only medical staff can be present in the operating room. This means no operators or relatives with a camera.

Ideally, you should have special equipment for this purpose. Back in 2001, Ara Darzi, surgeon and professor of the London Imperial College, designed a device capable of tracking everything that happens in the operating room. Using electromagnetic and ultrasonic sensors, the device accurately records all movements of the surgeon. It also records all data from medical equipment and conversations between medical staff. According to Dr. Darzi, such a device will make surgeries safer, making it possible to conduct a detailed analysis of the operation in the event of complications and to record medical errors.

Ukrainian hospitals have no such devices, but almost everyone has a phone with a camera these says. Plastic surgeon Edgar Kaminskiy, for instance, has his assistant make recordings using a smartphone or tablet.

"For the video to be usable as evidence, it should not be just a five-minute video of someone's hands in someone's body, but a complete recording of the entire process," explains my colleague, ILF senior lawyer Olga Tarasenko. "The date, time and place of the operation, its name, full names of the surgeon, assistant, anesthesiologist and other participating personnel, full name of the patient as well as his initial diagnosis must be indicated. Once again: you must record the whole operation from start to finish."

This is important because doctors have unlimited access to a person's medical records, which are essentially the only document containing information on treatment, including operations.

There’s no call to suspect all doctors and clinics of maliciousness, but doctors could theoretically rewrite someone’s medical history, change the diagnosis or description of an operation, or adjust the record of certain actions. Without a video recording, the best forensic expert will be undone by rewritten medical history, since everything will appear fine on paper. A black box does seem like a good solution here. Armed with a video, experts will be able to analyze the actions of doctors, their instructions and data from equipment and to determine the true cause of what happened.

Still, a video is no panacea. Especially if it is done on a cellphone: this carries the risk of technical malfunctions when the footage is fuzzy and there is no focus on the desired area, no details are visible or the file gets damaged for some reason. The doctor could also be unwilling to relinquish the video if he doubts his actions. He could just say that the video wasn’t saved.

Finally you should remember that the court will be considering all evidence in its entirety, and a video recording is but one part of it. The main piece of evidence in cases on the protection of patients' rights is still the findings of forensic experts. For them, on the other hand, a recording might prove decisive. 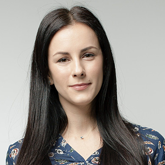