After a certain bank’s liquidation, an insurance company’s executive came to us for help with recovering the funds of his employees.

The insurance company was supporting its employees by offering each one a special loans program. Under these contracts, the company transferred sums of money to the employees’ bank accounts, all worth 400,000 UAH in total. As it turned out later, our client’s timing could have been better.

In a short while, the bank was declared insolvent and placed under temporary administration of the Deposit Guarantee Fund. The Fund suspected potential fraud on the part of our client’s employees. It turned to law enforcement authorities to bring criminal charges, and following a pre-trial investigation, the court had the employees’ bank accounts frozen, making them unable to get the money they had been loaned.

Our firm’s lawyers collected a body of evidence to revoke the unwarranted seizure: they reconstructed the course of events and collected all necessary documents to prove the fact that the money had been transferred to the bank accounts specifically under loan contracts, and there was nothing fraudulent about it. The lawyers also established that the insurance company’s employees had no tax debt.

After carefully studying the evidence, the Fund's representative acknowledged that he found nothing to indicate fraud in the money transfer.

However, the criminal proceeding already started, and later we had to represent our client in talks with law enforcement and in court. ILF lawyer Olena Petrova explained that neither the employees that received the loans nor the insurance company’s executives that provided them received a notice of suspicion in all the time of the pre-trial investigation, which means they were not involved in the criminal case in the first place. No one was interviewed as a witness.

The fight for revoking the seizure and recovering the money lasted for a year due to constantly changing bodies responsible for the investigation and the need to submit applications to court numerous times. Nevertheless, the court was eventually convinced that our client acted within the law and had the bank accounts unfrozen, allowing the insurance company’s employees to finally get the funds they were due. 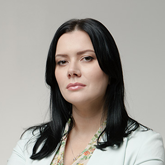