IT crowd in Cyprus. Story of one Ukrainian R&D company

IT is one of the most promising endeavors in our country. Everybody likes IT guys - they are young, independent, smart and progressive. What aspects of their work can be useful to those that wish to try this business? ILF’s client, Ukrainian R&D company with customers from Europe and Russia, encountered a problem: the company no longer satisfied the requirements of foreign customers. On the one hand, they were getting more proposals and large contracts. However, large foreign clients are wary of working with small individual entrepreneurs. They are also apprehensive about the Ukrainian origin of contractors due to the volatile situation in the country and unfamiliar legal system.

ILF lawyers analyzed the client's business (current organization of companies and individual entrepreneurs, as well as the internal flow of orders and cash) and suggested several ways to resolve the problem. After assessing the profits and risks of each one, the client chose the model that uses a Cyprus-based company. According to Artem Naumov, partner on international tax planning at ILF, this model satisfies the client's wishes as well as expectations of foreign partners. “Cyprus is a classic foreign jurisdiction with a tested system for starting and running companies and relatively low income tax - 12.5%. However, the choice of Cyprus depends on your counterparty’s country of registration and their internal compliance requirements: some of them might refuse to work with Cyprus counterparties due to its “half-offshore” reputation”. Follow this link to see our handbook and find out how and where to start a foreign company and which jurisdictions are most lucrative for IT: http://fc4it.com/

Why Ukrainian IT firms choose to work through other countries and not directly:

2. It is more convenient for international cooperation. Ukrainian software developers are normally registered as individual entrepreneurs. They all have their own specializations and skills. Their partners find it more convenient to hire one company, which, in turn, buys services from several Ukrainian contractors.

3. It is safer. Ukrainian IT often suffers from numerous inspections, searches and hardware confiscations, which leads to deadline violations and harms the company’s reputation.

5. Stability and clear rules. Ukraine often changes the rules for conducting even simple financial transactions, and foreign currency transfers from other countries can sometimes drag for indefinitely long periods.

What issues can starting a foreign company entail?

First and foremost, choosing the company’s name. Many people wish to emphasize the connection between their companies and choose similar sounding names. In our country, it is possible to open a firm whose name only differs from an already existing one with a single letter or hyphen. In Cyprus, however, even names that only sound alike are prohibited. Agreeing on a name with your foreign registrars is an important step which can take around 2 weeks.

Then you may encounter issues with opening a bank account. Most countries are actively implementing BEPS aimed at de-offshorization and fight against money laundering. So while it used to be possible to open an account in almost any bank, today income sources and reputation of potential clients are under close scrutiny. In addition, banks monitor even your counterparties. Refusal due to your working with someone with a dubious reputation is not out of the question. Our client was facing this exact situation. ILF managed to resolve it by checking the client’s counterparty and proving to the bank that our client’s and his counterparty's reputation was solid. 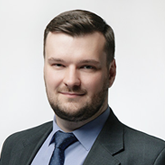