Health Manifesto presented at the UCU

“Meeting in a hallowed place like the Ukrainian Catholic University with a group of people studying management in the field of healthcare, who are rethinking their development - this is the point from which the Manifesto will have a life its own,” said Oleg Petrenko.

The participants discussed the key ideas and values set out in the visionary document, the roles of the state, the public, doctors and independent institutions; they also addressed the need to nurture our human capital, shared stories and insights, and discussed various subjects - from pensions to changes in the area of medical education.

According to Volodymyr Kurpita, the meeting is proof that society is starting to think about healthcare in broader terms rather than mere provision of medical care.

“I strongly believe that each succeeding generation will continue to modernize Ukraine and that we will emerge from the Middle Ages straight into an age where truly free people will exist, people that are able to take responsibility for their actions and to enact change for the benefit of society.”

Olena Bidovanets, infectious disease doctor and UCU student of public administration in healthcare, had this to say:

“The Manifesto is important for everyone because health is a much broader concept than just healthcare. I’m a doctor by occupation. I used to think that health is more about doctors. However, after reading the Manifesto, I realized that it’s not just about the medical community, but about society as a whole. It’s about all who, like me, is a doctor, patient, or employee.”

The authors of the Manifesto are convinced that such meetings are essential, and that it’s just as necessary to involve new speakers as it is to reach new audiences.

“It’s the first time that we’ve spoken about the Manifesto to a wider audience. We also received not just honest feedback from those present, but also additional energy and support. This shows that there’s a real need for change in society, change that we speak about in the Manifesto. It is my hope and belief that the Manifesto will go viral, and this meeting will be of great help in this regard,” said Tetyana Gavrysh.

The Manifesto was prepared within the framework of the project “Involving the public in the analysis of the implementation of the healthcare reform strategy and developing the next stage by 2030” supported by the International Renaissance Foundation. IRF’s position does not necessarily coincide with the opinions of the Manifesto’s founders. 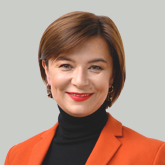