Under this law, the "green" rate applies only to electricity produced from solar energy and if the power plant meets the following requirements:

What this changes and for whom

Previously, energy could be sold at the “green” rate by any person who would install a solar power generator with a capacity of up to 30 kW at his household. Under the new rules, the maximum capacity of such generators is 50 kW.

In accordance with the new legislation, power plants must be located solely on the roofs and/or facades of buildings. Thus, to conclude a contract on the sale of electricity at the “green” rate, the power plant’s owner must confirm his rights of ownership or use of the building where the solar panels are installed.

It is possible to register ownership rights only to those buildings or structures that can not be separated from the land and relocated without considerable depreciation. In other words, the structure must have a foundation and be "capital" rather than temporary. In order to register ownership rights to these structures, one also has to satisfy other conditions by observing the procedure for construction and commissioning, as provided for by the law "On regulation of urban planning".

For most simple structures, this is easy. You just need to submit an entry on the start of construction to the Register of Permits of the State Architecture and Construction Inspectorate of Ukraine, and later - a declaration on the facility’s readiness for operation. This can be done online via electronic portal of administrative services.

The bill offers an alternative to those who are not ready to engage in construction and who want to install solar panels directly on their land. The above-mentioned limitations do not apply to combined wind-solar installations. Thus, if your household power generator has a wind turbine in addition to solar panels, then all its components (the turbine as well as the solar panels) may be installed on the ground. However, the "green" rate for such installations is 10-25% lower (it depends on the year that the power generator was installed).

The purpose of the changes

MPs and representatives of the Cabinet of Ministers say that the new restrictions are supposed to curb abuse on the part of major investors that are involved in so-called fragmentation. These investors buy a bunch of land plots located at the same place and build dozens of small, supposedly "household" solar generators instead of one industrial plant, which would require special-purpose land and would force them to go through a number of regulatory procedures.

The proponents of household solar generators claim that the "green" rate for such facilities is an important tool for supporting sustainable development and distributed power generation. Complicating this mechanism will slow down development in this sector, since roofs and facades of household capital structures usually don’t have enough space to accommodate a high-power solar generator with a nice payback period.

Moreover, the innovations do not completely eliminate opportunities for abuse by splitting large solar generators into smaller ones. The rules for household solar generators still remain more attractive compared to the regulatory procedures that investors must go through to build a full-fledged industrial power plant.

In other words, lawmakers and the government have actualized the problem: industrial-scale solar power plants are taking advantage of the “green” rate, which is supposed to apply to household solar generators,and thus bypass the law. However, the changes do not resolve this issue, merely complicating somewhat the lives of dishonest owners, while the honest ones could find the new rules a serious obstacle to expansion. A number of experts believe that a separate bill on household solar power plants is needed to address the situation.

Learn more about this here: https://gordonua.com/publications/domashnie-solnechnye-elektrostancii-kogo-i-pochemu-ogranichivaet-novyy-zakon-934193.html 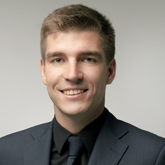