Workplace and private life. Can a person get fired for a post on a social network

On May 16, Polina Levytska, project manager for Ukraine’s National Post, published a post on her Facebook page, where she is registered as Poli Levi, asking whether it’s possible to have something to eat unnoticed during sex.

“You know, sometimes, when you’re having a long sex session, you work up an appetite, but you can’t just take a break. Which brings the question: how to discreetly grab a bite during sex,” wrote Polina.

In the comments section, aside from answers to her question, Polina also received a number of insults: “sex-starved broad”, “bimbo”, etc. Some commentators disapproved of the fact that a representative of a state company was writing about personal stuff, and on a sex-related topic no less.

Nevertheless, Polina did not delete the post. She also declined to speak with the Zaborona news outlet, stating that she “was not ready to provide comments to the media at the time”. She did, however, elaborate her position on her Facebook page.

“The post had this sort of reaction because the quality of sex education and sexual self-realization in our society is very poor,” Angela told the Zaborona. “So the subject of sex is alien or even shocking to people. When someone, God forbid, mentions sex in their posts, people often see this as an opportunity to point out the poster’s lack of education. This is especially true for posters tied to the government. It’s easier to attack an open person who is not afraid of themselves and their sense of humor than, say, a private, conservative politician.”

Angela Yeremenko left her job of her own volition. She says that higher ups did not push her to do this. She quit because “being open and able to joke about whatever you want” is more important to her than a job. Angela also wanted to spare the Commission further attacks that might have been directed at them because of her.

Ethics from the standpoint of the law

According to ILF lawyer Tetyana Olkhovikova, civil servants in Ukraine may not be fired for personal or sex-related posts, as there simply aren’t any legal grounds for this. What a civil servant should and is allowed to do, as well as what is prohibited, is specified in the law “On Civil Service”, which states that civil servants must adhere to the rules of ethical conduct.

“However, the law does not define such conduct or its criteria,” says Ms. Olkhovikova. “Thus, under the law, it’s a subjective matter, since everyone has their own ideas of what constitutes ethical behavior.”

Ukraine’s National Agency for Civil Service has taken upon itself to define the concept of “ethical conduct”. However, in its order on this issue, the Agency provided only general guidelines. According to the lawyer, one of those states that a civil servant’s conduct should ensure public confidence in civil service.

“However, this concerns ethical conduct while on duty, and furthermore, the assessment of the effect of one’s actions on the public’s trust is still subjective,” adds the expert.

So, if a civil servant in the workplace speaks positively about bribery or desecrates national symbols, these actions can theoretically be deemed as undermining trust in the civil service, which would then make this a violation. However, this doesn’t apply to posts about people’s private life published on personal pages on social networks, as this is where the Constitution comes into play. As the Constitution of Ukraine states, private or family life may not be interfered with.

Under Ukrainian law, it’s up to each person to decide to what extent to share the details of their private life with others. Thus, everyone is free to make public whatever details they wish.

The European Court of Human Rights maintains that everyone has the right to respect for their private and family life. This implies both physical and psychological inviolability of a person - including in the context of posts on social networks. Thus, stresses the lawyer, the criticism bombarding Ms. Levytska and Ms. Yeremenko is against the law.
In private companies the situation may differ, depending on contracts with employees. For instance, the employer could have a provision stating that all employees’ phone calls are monitored, or that employees aren’t allowed to post about certain subjects on social networks. However, for one, these rules must be stated clearly, and secondly, the employee must be informed about all such details before signing the contract. Such is the degree of control available to employers.

The firing and the hate

If the employer has not set special requirements for employees in the employment contract and an employee gets fired or reprimanded for a post on a social network, that person can fight this in court, notes Ms. Olkhovikova. Of course, if an employee is pressured into quitting on his/her own, it’s much more tricky to punish the guilty party, since it’s virtually impossible to prove the fact of coercion in such cases.

It’s up to the poster to decide how to respond to comments. However, it’s worth keeping in mind that haters may just be trying to boost their self-esteem. Their main goal is to get a rise out of their target, to provoke some kind of reaction to the scathing words. Therapists advise to ignore such comments, or to ban their authors outright. If you’d like to know more how to act when the comments section gets nasty, there’s a dedicated article by the Zaborona on this matter. 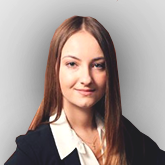